Skip to content
Our son turned 8 in June and I wanted to share a cool toy we bought him. He’s a HUGE domino track/marble run enthusiast – he lives, breathes and thinks about them continually. My husband found this toy online – we don’t have any association with them, I just wanted to write about it because I’m so impressed with it. It’s called Contraptions by Keva.
Honestly, it’s just a box of small wooden planks. They are all exactly the same size and width, but that’s the cool thing about them. 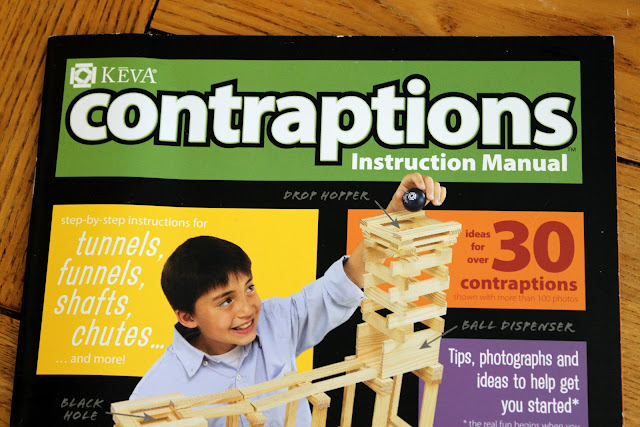 They come with a book of building techniques that you can incorporate into your own designs. It’s not like a Lego book with step by step instructions, this is much more free form and fluid, leaving the ‘builder’ to really use their imaginations. My son has plenty of Lego sets and whilst they do have their benefits, he usually follows the directions TO THE LETTER and rarely strays from the ‘rules’. He’s very much a rule-follower. 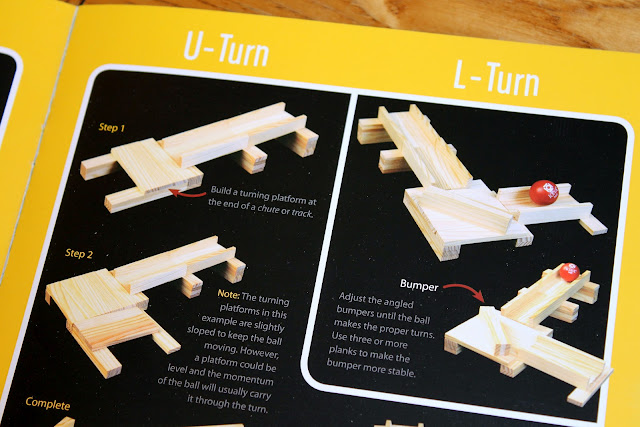 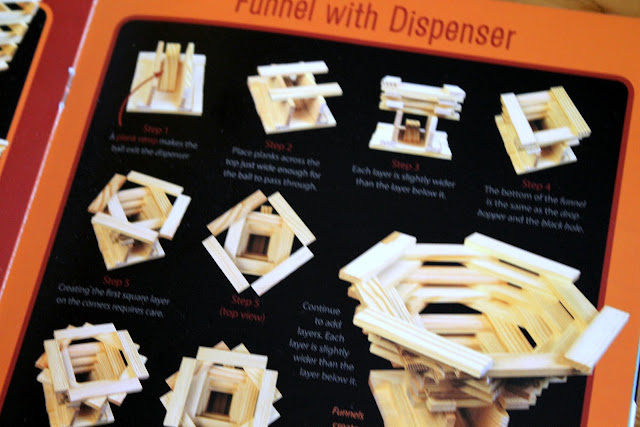 He would never have come up with some of the ideas he has used using the Contraptions set, if he were using Legos. The photos below show some of the things he has thought of himself, unprompted. 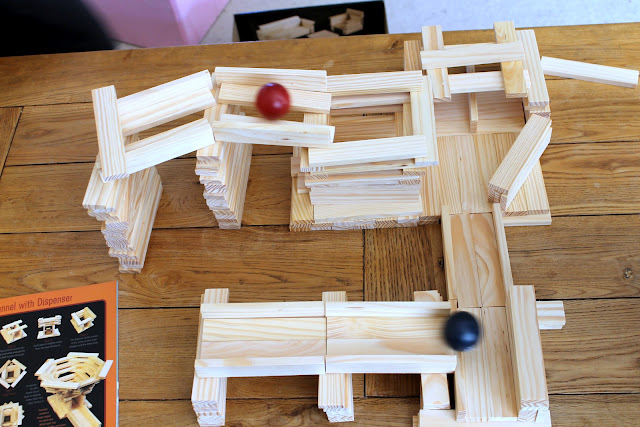 Above is a marble race with two different starting points. The red ball and blue are racing each other to the end of the track. 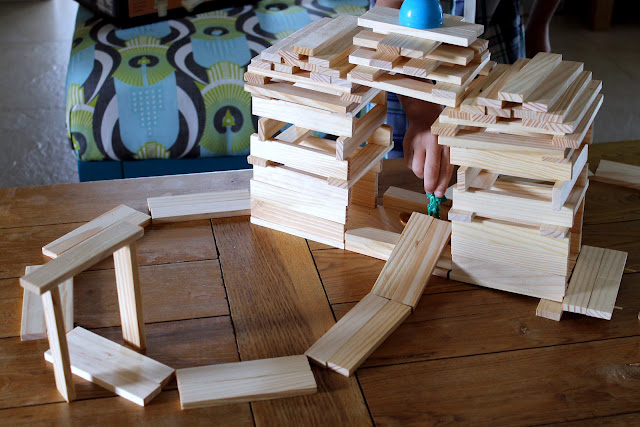 Yes, this is a army guy strapped to a teck deck finger skateboard thing. Look how happy he is, waving on his way through his own personal skateboard track. 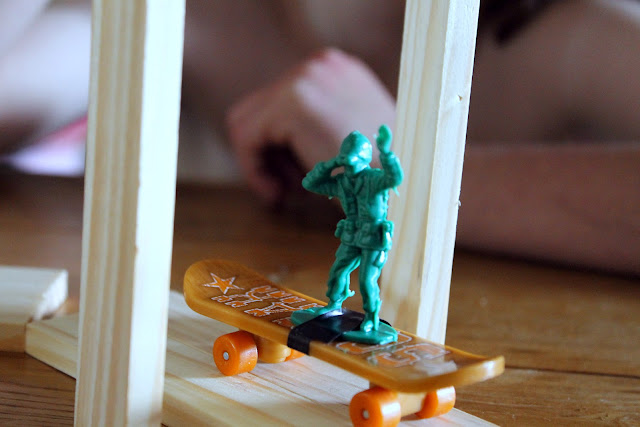 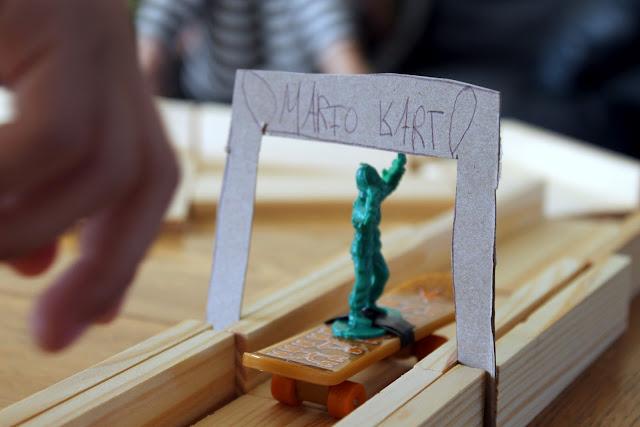 And yes, my son called this ‘Mario Kart’. 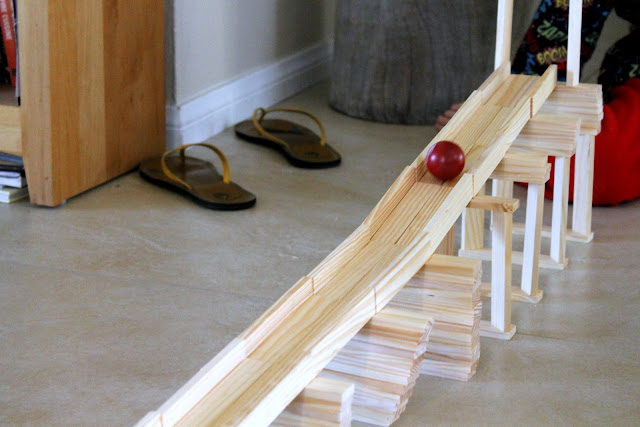 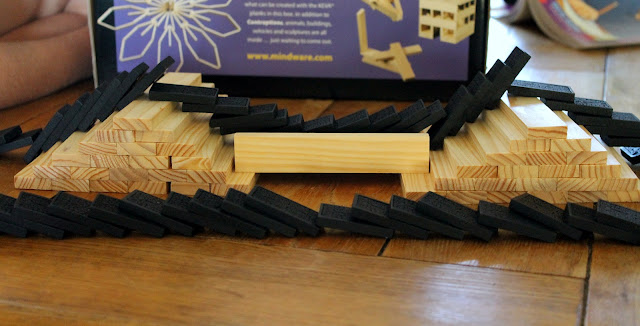 And steps for a domino track.