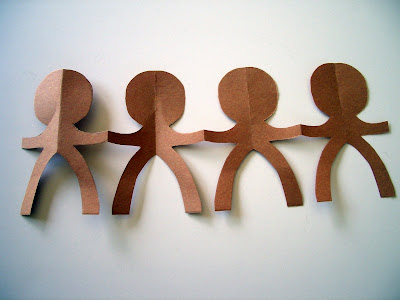 As a kid I used to love making these paper doll chains but I would invariably end up with half dolls on each end because I would fold the paper wrong. So, determined to save my children from a similar miserable disappointment, I have learned how to do it the right way and I am sharing it with you! 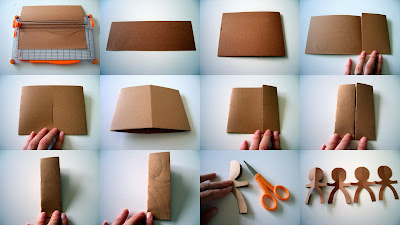 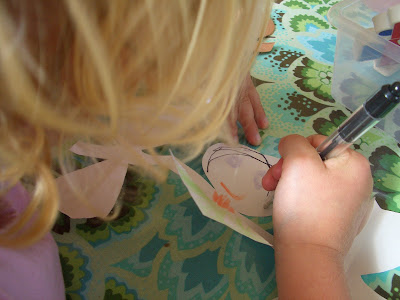 Final step is to decorate and color.