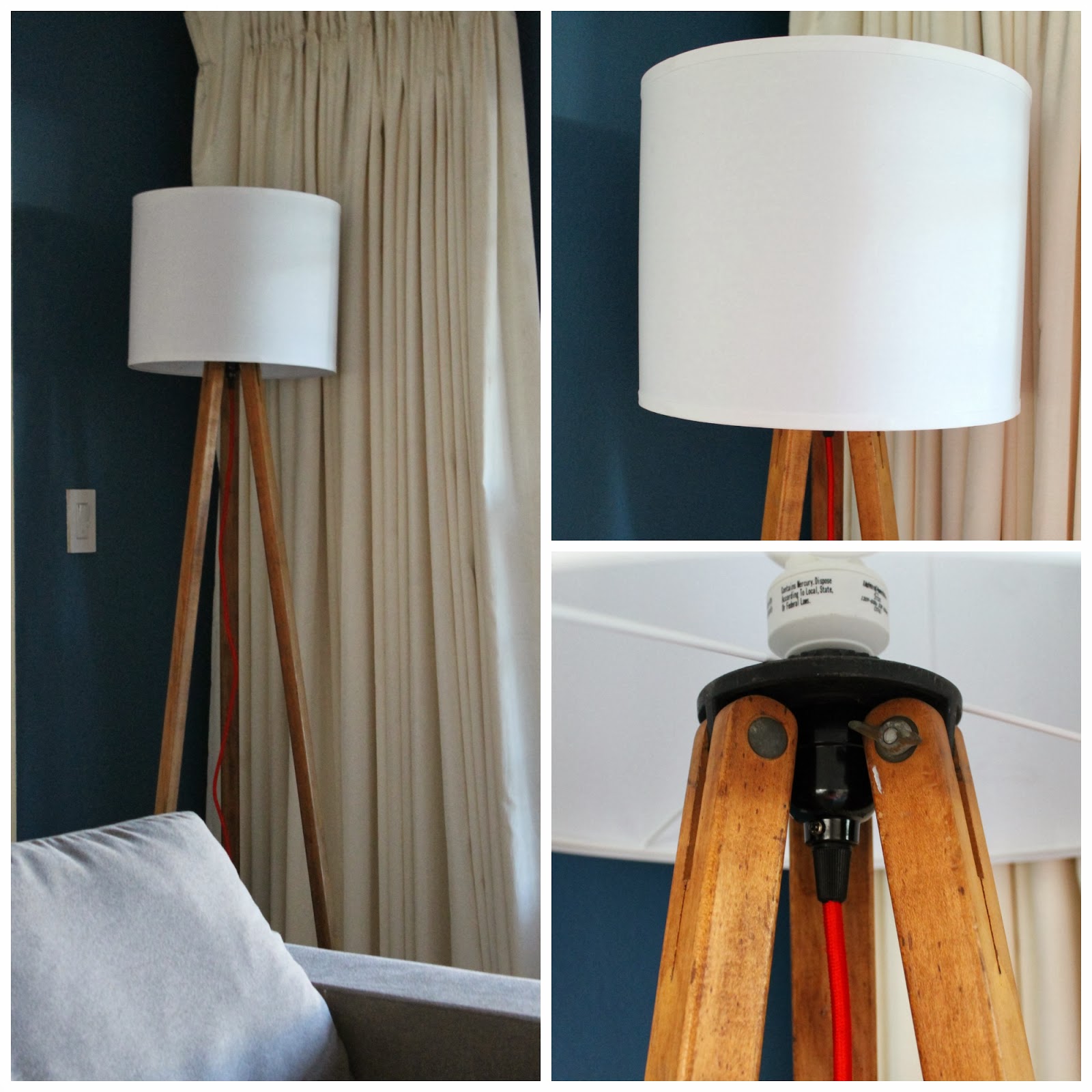 We used an old farm surveyor’s wooden tripod (I say farm, because when we first got it is smelled like it had spent time on a farm..) to make this standard lamp. This project was a year…
or so in the making, simply because it took us that long to find just the right tripod – and luckily for us we eventually found this one at a garage sale about 5 houses away from ours. I think we paid $60, which whilst a fair amount of money for something you’d find at a garage sale, it’s less than the average asking price for similar items on ebay plus we got to see this in person before purchasing.

It had the original metal telescope attached to the top of the legs, which my husband removed, leaving just the top metal plate. I bought a few different Ikea lampshades, not really being able to tell which one would work best against the height of the legs and tried them out at home before choosing the one with the best proportions and returning the others.
Now, the thing with tripod lamps is that there is nowhere to hide the cable like you can on a regular standard lamp (by feeding it through the upright pole). Some store bought tripod lamps try to hide the cable, (somewhat unsuccessfully, in my opinion) so I thought we’d make a feature of it instead, hence the glorious bright red cable we bought from here. My husband had to file a larger opening in the metal plate at the top of the tripod to feed the lamp attachment through, but that’s all there was to it. 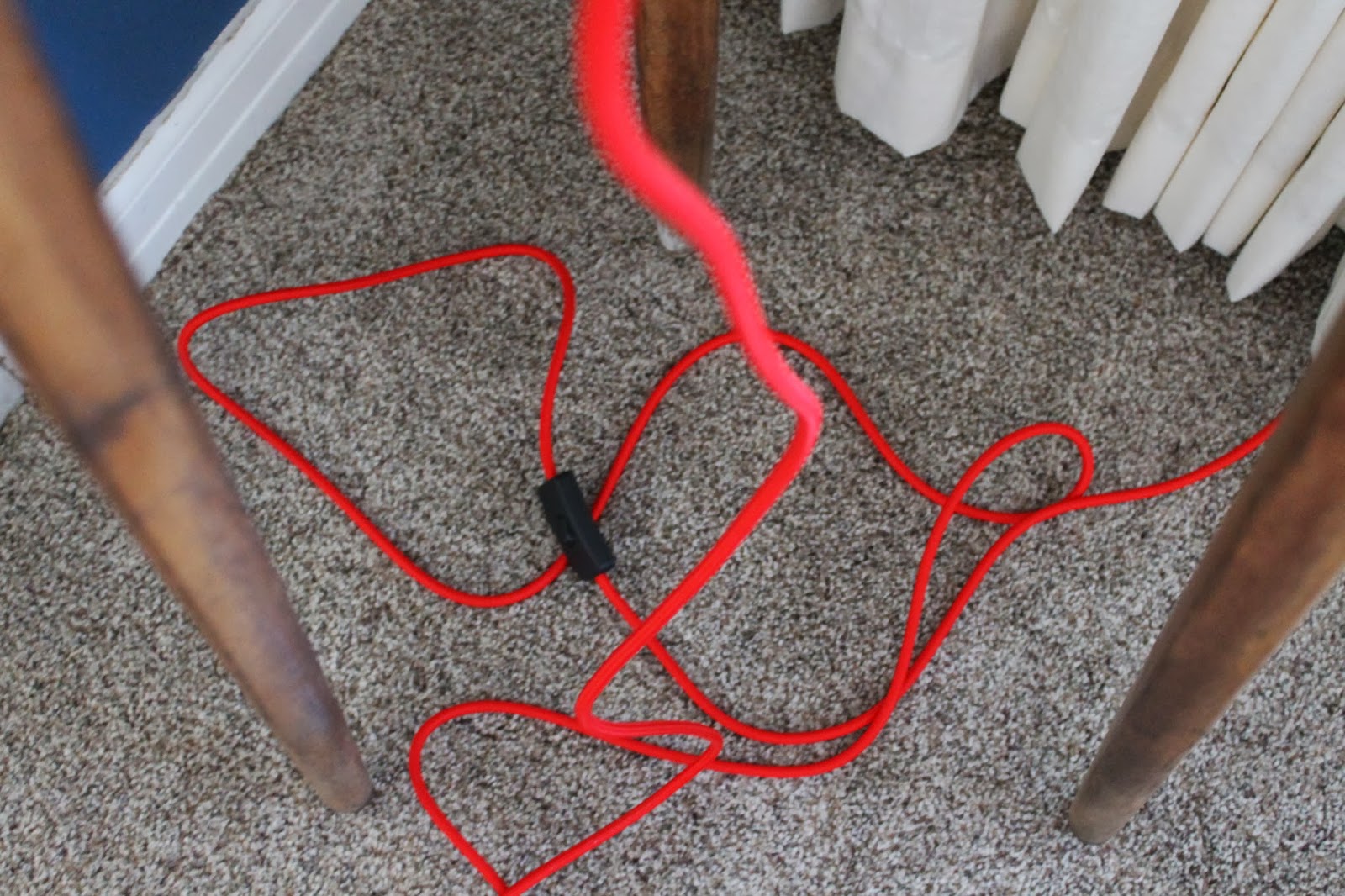